The breeding season in Malta begins in mid-December, when the fanciers start to breed for the next racing season which starts in the following November and lasts till May.

The birds will be resting and moulting from June to September and are tossed and trained from October onwards.

The breeding stock birds are usually kept locked up in the loft, separate from the racers. 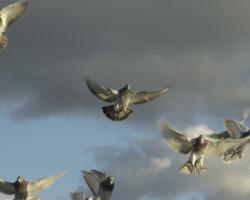 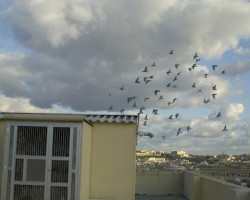 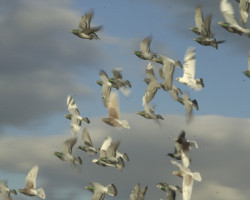 Due to unpredictable weather of the Southern Mediterranean during the racing season, losses can be quite substantial at times. It is therefore nessesary to have at your dispostion a large number of pigeons to be able to race through the whole of the race program.

The main racing method used in Malta is the natural system and is mostly used due to two factors:

Many fanciers have found it not worth their while; when taking in consideration the amount of preparation the widowhood system requires, via-a-vis performance and decrease of losses of the pigeons. Notwithstanding all these adversities some fanciers have also practised the widowhood system with success, even though many other fanciers practicing the natural system have been able to fiercely compete against them.

In our lofts we practice a semi widowhood / roundabout system and have found this to be the best system to race in these difficult conditions,